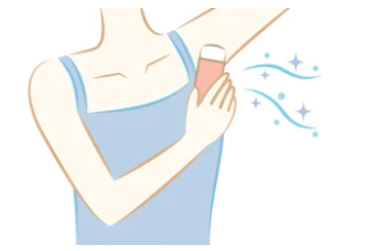 In modern society, armpit odor has affected people's normal life and social interaction. As a result, it has led to extensive research. The following to armpit deodorant as an example to explain the general mechanism of deodorant. Axillary microorganisms mainly consist of four major groups: staphylococci, aerobic coryneforms, propionibacteria and micrococci with staphylococci and corynebacteria being the most prominent types. Polyquaternium salt cations adsorb negatively charged bacteria and accumulate on the cell wall, resulting in a chamber resistance effect, resulting in the inhibition of bacterial growth. At the same time, hydrophobic alkyl group of polyquaternium can also interact with the hydrophilic group of bacteria, changing the membrane permeability, followed by lysis, destruction of cell structure, causing finally cell death.

Application of polyquaternium for deodorization affords several advantages over the other methods:

What Can Alfa Chemistry Do for You?