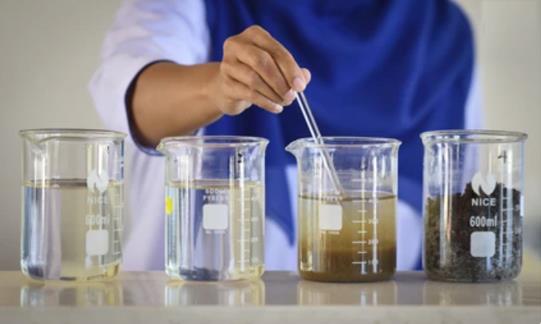 Quaternary ammonium salt is a cationic surfactant, which can peel off microbial slime and dirt. Exfoliation and sterilization are closely related. After bacteria and algae are killed, their adhesion to slime decreases or disappears, and quaternary ammonium salts with surface activity can be easily stripped from the outer layer of slime and suspended in water by adsorption, wetting, infiltration and dispersion, and these suspended solids can be removed by discharge or side filtration. After the outer organisms of the sludge are stripped, the deep organisms are exposed, and the biocide can penetrate into the newly exposed biological layer and play its role of killing and stripping.

In the water system, when a certain concentration of quaternary ammonium salt is added, the turbidity, suspended solids and the number of microorganisms in the water will increase significantly due to the stripping effect.

Quaternary ammonium salts have extremely strong adsorption, so they are often used as adsorbents to clean up pollutants in liquids. To treat sewage with surfactants, it is first necessary to adsorb the surfactants on clay or sand and other media, and then use the latter to adsorb pollutants. This is an effective means of pollution control.

Quaternary ammonium salt decolorizers are used in wastewater treatment in various industries, and have low pH requirements for wastewater. It has a high removal rate of chroma, SS, COD and BOD in sewage, no suspended solids or sediment, and will not block the dosing equipment and pipelines. The flocculation produced by the quaternary ammonium salt decolorizer is tight and the sludge is less, which is beneficial to all walks of life. Wastewater will be treated in a targeted manner.

What Can Alfa Chemistry Do for You?